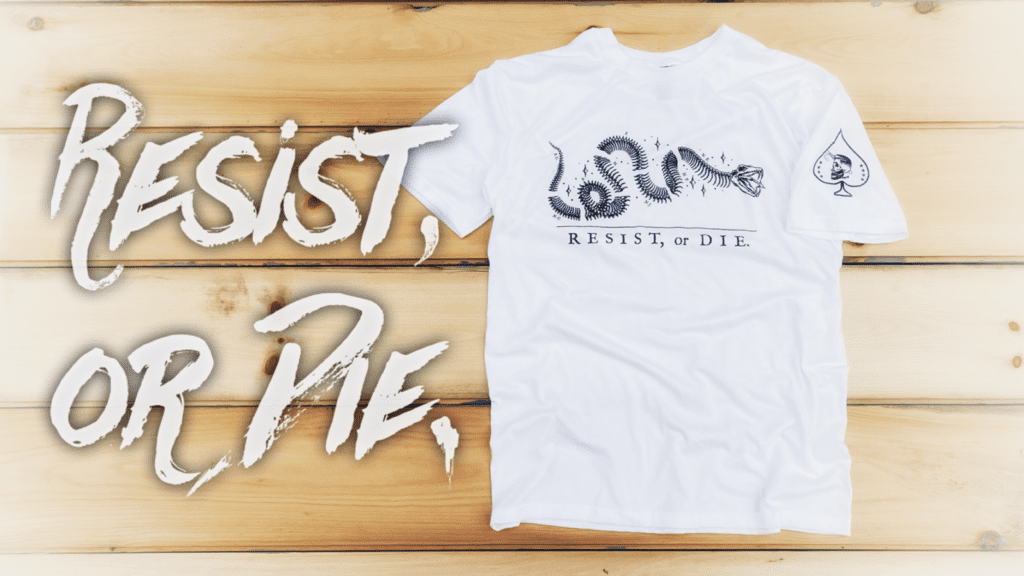 Some feelings never die. That’s why we brought back some very old designs with some very new twists—Lox style. Originally the "Join, or Die." woodcut by Benjamin Franklin appeared in a paper as a political cartoon back in 1754. Also referred to as "Unite, or Die." it was used to motivate the colonies to stand together against the tyrant King George and the overreaching government. Yeah, since tyranny is making a comeback we decided our patriotic slogan should make one too. RESIST, or DIE is not only a call for unity, but a warning to those who comply—if we don’t resist then we will be lost…and America will die.
♠ Loyalists need not apply
♠ LET’S GO!
♠ Limited quantities