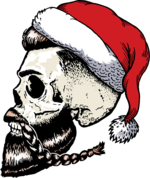 If It Is Possible

I’d like to break down, to the best of my ability, something, that I believe is misused to defend a lily-livered lifestyle. Primarily, this addresses Christians; however, these remarks are applicable to all. I hope this encourages you to make a few changes in your life if this applies to you. I humbly admit that I am also in the process of making changes in my own life, or rather I’m allowing God to make those changes. With that said, I do feel that I may be able to offer some beneficial insight on this specific topic.

“Live peaceably with all men.” In arguing against taking action when taking action may be called for, some cite this line from the scriptures. It’s a mantra of the pacifist, or it is, at least, a position held by weak Christian liberals. “It’s Biblical,” they claim. It is in part Biblical, but it completely ignores two crucial prerequisites that lead up to this command to live peaceably with all men. Let’s take a closer look.

I should point out that when these words were recorded Paul was writing to the Christian church in Rome. This was during the Roman occupation of, well, pretty much everywhere. Christians were being persecuted, so this command would have been very specific to those who lived in imminent danger of harm for living out the gospel. Of course, this is applicable to everyone regardless of circumstance or era.

“…as much as depends on you.” Much like dancing, it takes two to make peace. I can approach someone with my arm extended offering a handshake, but if that person takes a swing at me then we are no longer living in peace. The purpose here is to ensure that we are not walking around “looking for trouble.” Proverbs 11:27 says “…evil comes to him who searches for it.”

A good pacifist will not look to stir up trouble. However, a pacifist who is not willing to protect the lives of others with the use of force, if required, is wrong. Life is sacred. Life is worth dying for. “Greater love hath no man than this, that a man lay down his life for his friends” (John 15:13). The objective for the Christian pacifist is to be ready and willing to forcibly put trouble down, not to go looking for it.

“Who said anything about safe? ‘Course he isn’t safe. But he’s good. He’s the King, I tell you!” C.S. Lewis, The Lion, the Witch, and the Wardrobe

Humbly and wholly submitting to a totalitarian government that punishes good and rewards evil is a response from an overtly corrupted mentality. In the same book (Romans) the roles of government are given. It is not the purpose of this article to cover those roles, but when those roles are ignored and not carried out, then it is our duty to resist that perverted government. It becomes no longer possible to live peaceably with a people who are purposely intending to hurt us. Of course, this is, at times, subtle. We must be cautious and wise in our responses and conduct (or misconduct). We are not to rebel for the sake of rebellion. Proverbs 17:11 states, “An evil man seeks only rebellion.”

As important as peace is, justice has greater significance. Ecclesiastes tells us there is a time to kill and a time for war. That time, I believe, is when peace must be put aside for a brief moment, when necessary, in order to exact justice. Justice should never be compromised for the sake of peace. Just people will protect innocent lives even if it looks far from peaceful while it’s happening (Proverbs 29:10).

I should also clarify that when we are at war (i.e. not at peace with all men) it doesn’t necessarily suggest that we engage in physical altercations and acts of violence. Fighting a totalitarian government that spreads lies, for example, could mean to not live by those lies and to combat those lies with the truth. As recorded in John 8:32, Jesus said, “Then you will know the truth, and the truth will set you free.”

Over the past two years we have seen justice take a back seat to corruption and greed. Everyone, worldwide, was subjected to the lies. Everyone faced difficult decisions.

There are no excuses for capitulating to preserve the peace between good and evil. Such peace does not exist. There are too many “patriots” who are deceived into believing they are “fighting for freedom,” but have made a tryst with tyranny. Fools. Tyranny is never beaten by submitting to it.

If you want peace, you must know the Prince of Peace. True peace cannot be obtained without grace, because peace is only made possible by grace—grace upon grace (John 1).

“…while we were God’s enemies, we were reconciled to Him through the death of His Son…” Romans 5:10

“Therefore being justified by faith, we have peace with God through our Lord Jesus Christ.” Romans 5:1

We are a nation of godlessness: the thoughts, words, and actions of many are far from God. We have good intentioned people who hate injustice, yes, but it’s not enough. It is for this reason that Pastor John Banks pointed out that if the American Revolution were to happen today it would be disastrous (This was made clear in a sermon titled “The Unlimited Submission and Non-Resistance to Rulers”).*

The disastrous French Revolution, which was godless from beginning to end, demonstrates that a nation cannot expect to root out abuses and injustice with other abuses and injustice. Jesus spoke of the man who had an unclean spirit cast out but didn’t take measures to fill the void with godliness, and, so, unclean spirits “more evil” and more numerous than the last moved in (Luke 11).

“If my people, which are called by my name, shall humble themselves, and pray, and seek my face, and turn from their wicked ways; then will I hear from heaven, and will forgive their sin, and will heal their land.” 2 Chronicles 7:14

I implore my fellow believers to shun your addiction to comforts and start standing for truth. Cancel your “woke” television streaming subscriptions. Hold fast to God’s promises of provision and abandon the security you place in your job. If you claim security in Christ, then act on it. If we want to be free, then we must not live in fear.

I call upon my fellow patriots to turn to Jesus. Pick up a Bible and read. Talk to God (prayer). Get involved in your local church. We cannot overcome godlessness with more godlessness. Demons don’t cast out demons. A house divided against itself cannot stand. Let’s get the demons out of our own lives and then get the demons out of our government. Let’s get right with God and stand against totalitarianism together.

*This sermon relied upon and connected the audience to a historical sermon by Jonathan Mayhew preached in 1750.