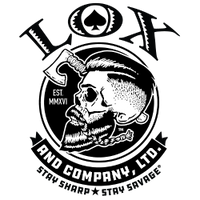 The officer stood upright as he fastened all 12 brass buttons on his wool shell jacket starting from bottom to top. He had spit-shined and buffed each one the night before in anticipation for this day’s engagement. "If today I die, I shall embrace death with honor and, at least, make a good looking corpse." His words barely broke the silence of his tent as he uttered them slowly. His fingertips intentionally glided over each round object on his uniform feeling the raised U.S. eagle and shield that were featured on each button. He paused momentarily as his index finger slowly ran over the letter "R" that was depicted on each shield of his brass fasteners. As if he were reading a love letter written in brail, his fingertip repeatedly went back and forth over the letter.

This young man was an officer in a company of riflemen. He had longed for this assignment ever since he was a little boy, which was not too many years ago, when he would listen to his grandfather tell him tales of honor, death, and glory as he fought savagely against the Redcoats during the War for Independence. His grandfather's words echoed in his mind, "We fought for each other."

The officer's thoughts were interrupted as one of his sergeants approached his tent eagerly requesting permission to enter in. The officer granted it. A chill from the wintry morning air followed the sergeant into the officer’s tent.

"Sir, it’s a cold one, but the boys are awake and mustering now. I've passed along the order to oil bayonets, check ammo and powder, and fill canteens. Sir, they're ready for a good fight."

"James, why do you still carry that old iron toothpick?" the sergeant asked with a grin as he ran a wooden comb through his long dark beard.

Noticing the sergeant's nod toward his bunk, the officer took a hard look at his grandfather's "cut and thrust” sword that now belonged to himself. Just barely over 3 feet in length this sword featured an eagle head pommel. This specific eagle had its beak open indicating its wielder was hungry for battle.

"So I can give you a good shave the next time you call me by my first name, Bill," he jokingly responded to the sergeant.

James and William were about as opposite in appearance as two soldiers can get. James, the officer, was thinly built and preferred to remain clean shaven (except he kept a mustache that he curled on the ends). He used a straight razor his father gave him on his birthday and was never without his grooming kit which contained his personal favorite grooming items, Bayonet Butter, a vitamin rich, all natural, aftershave balm and Battle Wax, a pomade with the same characteristics of his aftershave. His kit also contained the Double Barrel Stache Wax Pack which he used to keep the ends of his mustache curled. These items, of course, were produced by Lox and Company, LTD. who he trusted to keep him Sharp and Savage. James wore his hair long and slicked back; his favorite pomade kept it neat and orderly and made restyling a cinch (which was important to him since he donned and doffed his slouch hat often).

William, who James called "Bill", was a burly man. When he entered a room his presence was noticed, and his long, full, dark brown beard certainly helped with that. William, the good sergeant, kept his beard neat and shaped to a point. He, too, was a Loxman and took great pride in protecting, conditioning, and styling his beard with the various beard balms and oils that the veteran-owned company from the state of Pennsylvania had to offer. In fact, Bill was also known to swipe a tin of pomade off his commanding officer, James, from time to time.

Though different in appearance, these two men shared the same passion and devotion to serving their men. It was for this common, noble trait that they formed a bond of friendship that only grew stronger after each engagement.

Scooping out a dime sized amount of Battle Wax and rubbing it into his palms, James carried on, "Bill, you're my number one non-com..the Sharpest Savage in the whole lot." He paused, slicked his hair back, and turned to the sergeant. “But if you swipe one more tin of this pomade I'm going to whoop you!" They both burst out into laughter.

“That’s OK”, Bill chuckled. “I’ve got my own today.” Bill held up a tin of Rifleman Row Beard Balm and removed the lid. Notes of fresh peppermint with a subtle undertone of cut timber filled the tent. It was perfectly fitting for this December morning as a thin blanket of snow had just fallen upon the encampment. “Those fellas over at Lox are always putting out the good stuff.”

Their smiles faded and their demeanor fell somber as the noise of the camp grew louder with the sound of the troops falling into formation. The officer fastened his sword belt, stuffed his two Navy Colts on either side of his brass buckle, and picked up his slouch hat that was resting on the back of his chair. "Stay Sharp today, Bill."

The rifles screamed and the bugles sang. Billows of rolling smoke mixed with falling snow obscured James’s sight as he strained his eyes to spot his favorite non-commissioned officer. All thoughts were muffled by the sounds of battle, but the officer knew that Bill was motivating his fire team as they let out a fierce battle cry and fired another volley towards the tree line.

“Onward, boys! Onward!" James led his platoon around the right flank of the sergeant and his fire team.

As they rushed toward the tree line and the stone wall that was hiding a thousand angry faces, the officer's sight went black as if someone, in an instant, had pulled a knapsack tightly over his head. Furthermore, he could not hear. Complete and utter silence coupled with absolute darkness fell over him at the same deafening instance.

Bill saw his commanding officer go down and disappear into the low lying smoke that now had covered the entire snowy, bloody battlefield. Rallying his fire team, the sergeant commanded his men forward as he witnessed troops hurdle the stone wall and pour into the woods like a wave on the sand as it rushes onto the beach. The enemy was routed and the company of riflemen pursued. Gripping his rifle tightly with both hands, Bill then charged over to where he saw his close friend disappear.

"James! James, you son of a gun! Answer me!" He had become a bit anxious.

The smoke had all but cleared away and the sergeant identified James’s motionless body as it lay with its back to the sky. The snow had ceased falling. Bill stopped abruptly and released his death-grip on his rifle. His heart sank. He then lowered his rifle, let out a deep sigh as if he had been holding his breath for eternity, and slowly approached the officer.

By now the sounds of their brothers-in-arms pressing against the enemy was fading as they chased them deeper and deeper into the forest. The boys did it. They'll drive those devils clear to the next state, Bill thought, but he never took his gaze off of his friend.

In that very instant, there was let out a bone chilling yell by an apparition who seemed to have manifested out of the smoke that lingered in the not-so-distant tree line. The ghost like figure darted towards the unprepared sergeant in super human haste. The enemy had fire in his eyes and moved faster than lightning--so fast, in fact, that his butternut kepi flew from his head revealing a scowling face behind a sinister smile. His bayonet led his charge, and his body, as if he were being uncontrollably pulled by it. Bill saw it flash in the sunlight as he attempted to comprehend what was happening. The gap between them closed. Three steps away, two steps--just then James, who was presumed dead, wheeled around and thrust his grandfather’s “cut and thrust” sword into the belly of the beast that was upon them. The man in motion never lost stride nor let out even a whimper. His body, being carried by sheer momentum, simply tumbled past them and fell suddenly to the earth.

Bill just stood there in disbelief and confusion as to what all just took place (and rightfully so).

“Well, are you gonna help me up or just stand there lookin’ like a plum fool?”, James asked sarcastically as he began to search around for his slouch hat that had fallen off his head when he fell.

“Yeah. You said that already.” James chuckled as he reached up to grab the hand now extended to him.

William lifted the officer to his feet and James began to brush off the dirt, dust, and snow that covered his uniform.

The platoon had ended it’s fiery chase, withdrawn from the woods and began to reform in the tree line. It was a costly victory…but then again, what victory isn’t costly?

James and Williams stood side by side overlooking their men from a short distance as they began to dig in for the night. James reached into his pocket, pulled out his tin of Battle Wax, scraped out a small amount, rubbed in into his palms until shiny, and slicked his hair back before donning his slouch hat. He proceeded to put the tin back into his pocket, but before it reached its final destination he paused. “Here.” James handed his friend the Battle Wax who received it with a grin.

“You know I was going to take this from you anyway”, William laughed as he pulled out his wooden comb and began to apply the hair and beard pomade. Again, snow had begun to fall.

“Cmon. Let’s see to the men,” the officer replied. They both started towards the tree line where the sound of wood being chopped, fires crackling, and even a fiddle being played gently grew louder with every step.